The W's of Reading: What Should Come First, the Book or the Film? 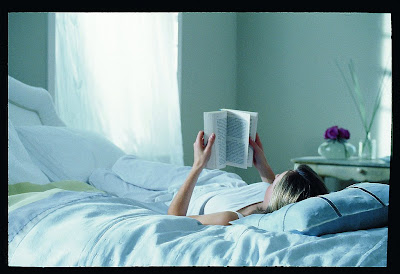 This topic has been on my mind for a while. Is there ever a time that seeing a film before reading the book or play it's based from might be better? Why do so many films skew what we loved in the book?

A couple of weeks ago, my AP classes finished reading Shakespeare's Hamlet. I then followed it up by showing them the famous "mousetrap" scene, and concluding fight scene in both the Kenneth Branaugh version

, as well as the one with Mel Gibson

. Admittedly, my students like the version with Mel Gibson a little more, as they felt it fit with what they pictured. How key is it that what we see on screen fit with what we created in our mind?

It does seem that if a film doesn't add up to what we've pictured, or at least come close, it can be bone-crushingly disappointing! I had my student list films that disappointed them after reading the book, and they came up with some of the following: Eragon (that one is always, and emphatically listed first), certain scenes they missed in Harry Potter, Bridget Jones: Edge of Reason, Shopaholic, and Les Miserables and The Count of Monte Cristo (for selected scenes). Why did these films fail in part or whole? Could it be that they failed to blow the readers of these books away, because:
On the flip side, there are some films that manage to beautifully capture the essence of a story, and even expand on it through the story, filming, lighting, music, etc. Some that I personally thought did an excellent job of portraying the novel: Atonement, The Reader, many of the Jane Austen adaptations are very well done (which is why we love them so much), certain scenes from Harry Potter (such as the cave scene at the end of the 6th film), Gone With the Wind (not exactly true to the novel, but a great, cohesive film adaptation), The Lord of the Rings (please...half those creatures and battle scenes in my mind didn't come close to what was created on the screen), and more that I can't come up with at the moment.

Here's where we left off in our discussion. What should come first? Should you always read the book first, or are them some films that actually help you understand the book better...or at least don't ruin the book as with some other films? I won't lie, Doctor Zhivago was a difficult book for me to get through at one point. When I hit the train scene, when the family left the city, my mind wandered off. Now this was several years ago, but I threw my hands in the air and went to get the famous movie to help me out. By the time I'd finished the film, I had cemented the story that I'd read so far, and figured out some of the politics that I'd missed before, and found that the rest of my reading was a real delight. In that case, the film helped me love and appreciate the book a bit more.

So what do you think? What books do you think translated well into film? Any definite failures in your mind? Should most books come before the films, or are there a few you wish you'd seen first?
Posted by Becky at 3/20/2010 03:09:00 PM