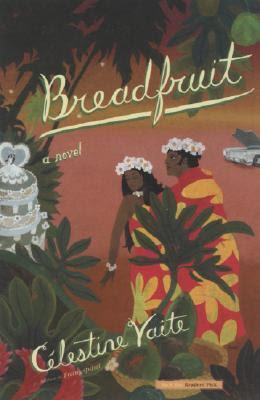 Synopsis:  From Publishers Weekly, "This second installment begins when Pito Tehana, the father of Materena's children, drunkenly proposes marriage. Though he's forgotten about it by morning, Materena can't get it out of her head. In between jobs, caring for her kids and visits with her many cousins, Materena fantasizes about her wedding, even though Pito does nothing but dash Materena's hopes; in one of the book's most moving chapters, Materena scrimps to buy Pito a silk shirt for his birthday, but when he opens it, he grumpily tells her to return it and buy him a case of beer. Although the novel is driven by Materena's intense longing, it's peppered with witty encounters between Materena and her nosy family members. Among the wide cast of friends and family, there's Cousin Giselle, who gave birth in the back of a Mercedes Benz; Mama Roti, Pito's doting mother; Mama Teta, who drives a wedding car; and Rita, Materena's favorite cousin. None are particularly nuanced, but when combined with Vaite's light touch and the exotic setting, the result is redolent of the No. 1 Ladies' Detective Agency series—a delightful diversion."

Review:  After reading Vaite's first novel Frangipani, I had high hopes and expectations for her second in this group on novels.  Where the first seemed to follow a linear storyline and mode of telling the story between mother and daughter, this felt more like a series of short stories.  Each is leading to Materena's real desire for Pito to be serious in his proposal to her, not to mention her hope that this means that he really loves her in a truly romantic sense.  This romantic hope threads through each story nicely and lends to the whimsical look at Matarena's Tahitian culture all the more.

The book is very light-hearted and warm, which makes it easy for readers to love Matarena and hope for her best.  Having felt a connection with her first book because of the time I'd spent in Hawaii and how similar some of the cultural references and relationships seemed, I enjoyed watching each character develop.  The story unfolded in these shorter chapters, but I'll admit that sometimes this lost my attention, as I wanted each story to tie directly to Matarena's desire for Pito to marry her.  The stories didn't necessarily all have to do with the relationship, per se, but built around them to show us the community and family they lived among.  Although it didn't grab me in the same way as the first book, I still really enjoyed the novel and feel that Vaite has an important voice in telling stories that show us Tahitians and their vibrant and amazing culture.